Outlook 2020: Slower Growth, with a Chance of Recession
Download our free commentary for a look at what to expect in the coming year. 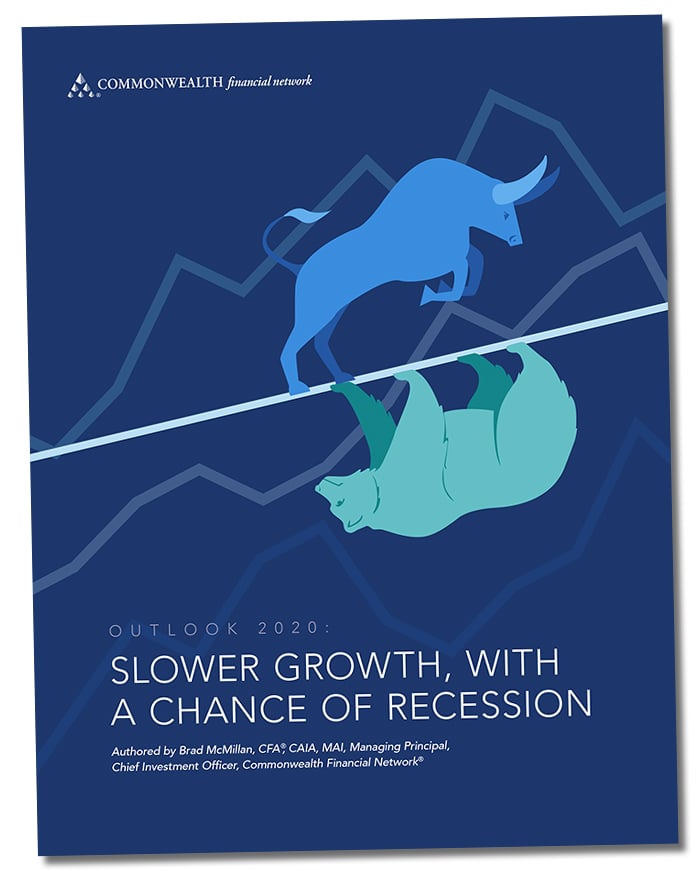 With political concerns—including the impeachment inquiry, Brexit, and the U.S.-China trade war—likely to be resolved early in the year, uncertainty should be reduced significantly. Major market indicators have moved closer to recessionary levels, however, meaning there’s a chance of a downturn.

Most indicators point to slower but continued growth in 2020 as the underlying fundamentals continue to weaken. There is a real risk of a recession since the expansion cycle has lasted much longer than usual. But, even if we do experience a downturn sometime in the new year, it should be much milder than many fear.

Send me my free copy of Outlook 2020: Slower Growth, With a Chance of Recession.

This material is for educational purposes only and is not intended to provide specific advice.
Commonwealth Financial Network®, Member FINRA/SIPC. Please review our Terms of Use.